A Guide to Pets in Chicago’s Airports 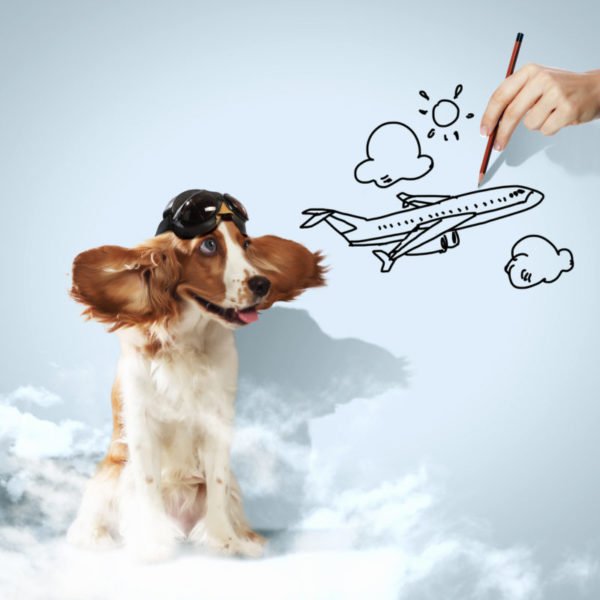 What animals are allowed inside the passenger terminals?

Working and service animals are allowed inside the passenger terminals as long as they are on a leash. All other animals must be in a kennel. Not all those traveling with pets adhere to these rules, and many can be seen walking their dogs on leashes throughout the airport. However, the rule is always in place and can be enforced at any time. The best route is to always have your dog in a kennel instead of taking the chance of missing your flight or being fined.

Where are the pet relief areas at Midway Airport?

The Animal Relief Area is curbside on the lower level, and there are signs showing the exact location on the arrivals concourse. Door 4, near Baggage Carousel 8, has an exit that leads just past the bus stop and onto the side of the building where there is a small fenced area. The ground cover is a rocky concrete pad, but there is a bench for dog owners to take a quick break from the endless terminal walking. Dog owners are allowed to venture outside of the fenced area, where there is a grassy patch and poop bags provided.

Where are the pet relief areas at O’Hare International Airport?

What are the guidelines for pets on the plane?

Each airline has their own guidelines for pets, but most major airlines allow smaller dogs to accompany passengers in the cabin. Generally, a dog weighing no more than 15 to 20 pounds is allowed, as long as they have the proper paperwork required. Service animals are allowed on planes, and some airlines make special exceptions for dog owners traveling with their pets due to extreme circumstances. In early May 2016, catastrophic fires in Canada forced more than 80,000 residents to evacuate. Two Canadian airlines made headlines for allowing the evacuees to bring their pets in the main cabin without being forced to be in a carrier. The best route is to contact the individual airlines prior to traveling to see what their specific guidelines are in regards to traveling with your pet.

Don’t forget to check out dog-friendly options for traveling to the airport!

Learn more about the newest information with the guide to Chicago Midway International airport!