We love our walkers at Windy City Paws, and this month we want to introduce you to Nancy, who has been with us for over a year and a half! 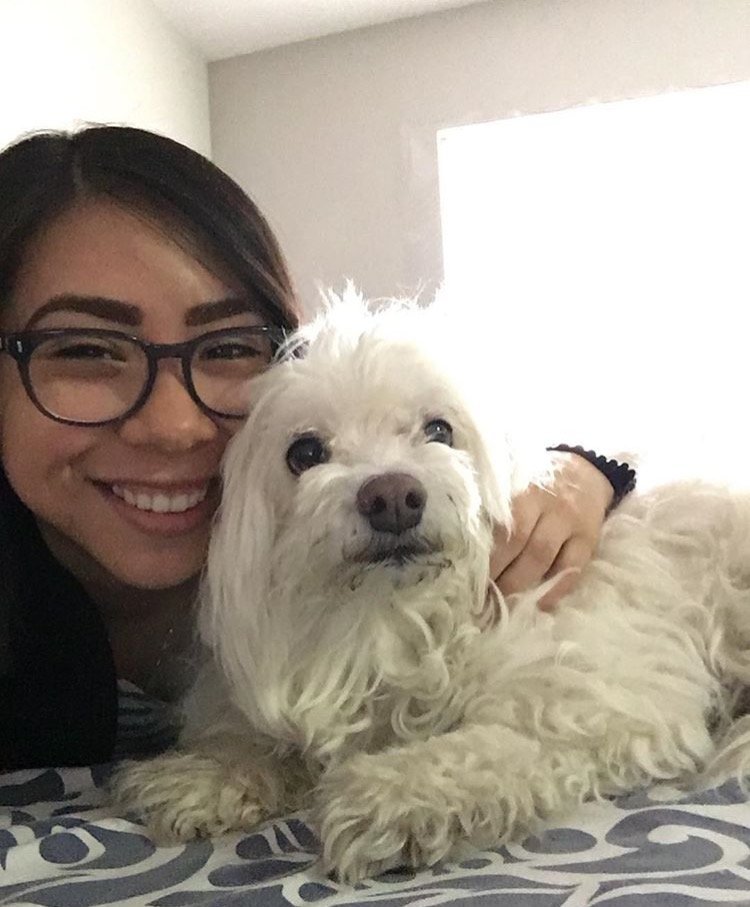 Where are you from?
Originally, I am from Dallas, but I grew up in Chicago.

How did you end up in Chicago?
My mom had just become a single parent, and with me being only 1 year old, she wanted to come to Chicago to be closer to her family.

What is your favorite pastime?
I enjoy reading a lot of mystery novels, running, watching foreign films, and watching television from Europe.

What is your hidden talent?
After years of practice, I can confidently speak in a London accent!

Do you have pets? If so, what kind and what are their names? Tell us about their personalities.
I have a Maltese-Poodle mix dog named Star.  One word to describe her is: spoiled. She is a sweet dog but stubborn and always unfortunately gets want she wants!

If you were a dog, what breed would you be and why?
I would be a Dandie Dinmont Terrier. I recently became fascinated with the Scottish culture, and when researching Scottish dogs, I loved Dandie Dimnonts mainly because they look so much like my dog Star!

If dogs could run for public office, which breed do you think would make the best president?
Oh, a Maltese-Poodle would definitely be stubborn and wouldn’t stop whining until it got what it wanted!

Why did you decide to become a dog walker?
I have always wanted to work with animals, but being a veterinarian was out of the question since I cannot stand to see dogs or any other animal hurt (emotionally or physically). After getting a part time, after school job in a Pre-Kindergarten classroom and enjoying that work, I was determined to find a day job that I was eager about and enjoyed just as much!

What’s the weirdest thing about being a dog walker?
Probably talking about poop, especially when the dogs’ owners are home, and just describing it! It’s just become a normal thing to me!

What would people never guess is part of your job as a dog walker?
I think people would not imagine that a dog walker sometimes also has to be a “nurse” to the dogs they walk. Unfortunately, sometimes the dogs are not feeling well, and we need to look after and care for them.

What is your biggest pet peeve while walking dogs?
People who don’t have their dogs on leashes! It’s both dangerous for other dogs and their own dog.

What’s the best part about being a dog walker?
Coming in for work and being greeted by a happy dog, and also just exploring my city of Chicago while walking a dog!

Thank you so much for all of your hard work, Nancy! If you would like to learn more about Nancy and our other walkers, visit our walker page!